Want to stay involved in PeaceJam Europe? Now’s your chance!

Following the success of the PeaceJam Pan-European Online Youth Conference, a follow-up meeting was held for the young people that were involved in the conference as mentors, youth team and other aspects that want to continue being involved and keep the momentum going.  We were so pleased that this meeting was attended by over 30 young people!

It was agreed that there is a definite keen interest to continue and without a conference on the horizon, the group want to look at organising events such as workshops, mini-conferences, discussions, debates and all and any original and exciting ideas!

The European Youth Team (EYT) will continuing with its original two-tier involvement system which saw a Core team very much as the organisational body and then a secondary team as the group that would attend such events and offer their own ideas.

The invitation to be a part of both the Core Team and Secondary Team is open and we would love to have more youth from different networks and any that attended the conference that would like to be further involved. 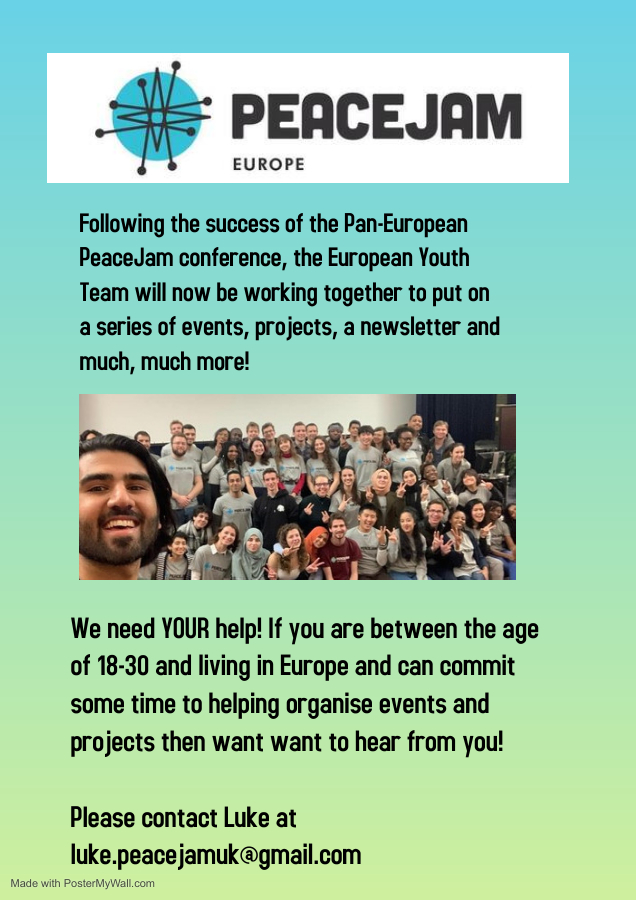